Connecting Children with Nature Will Save Us All 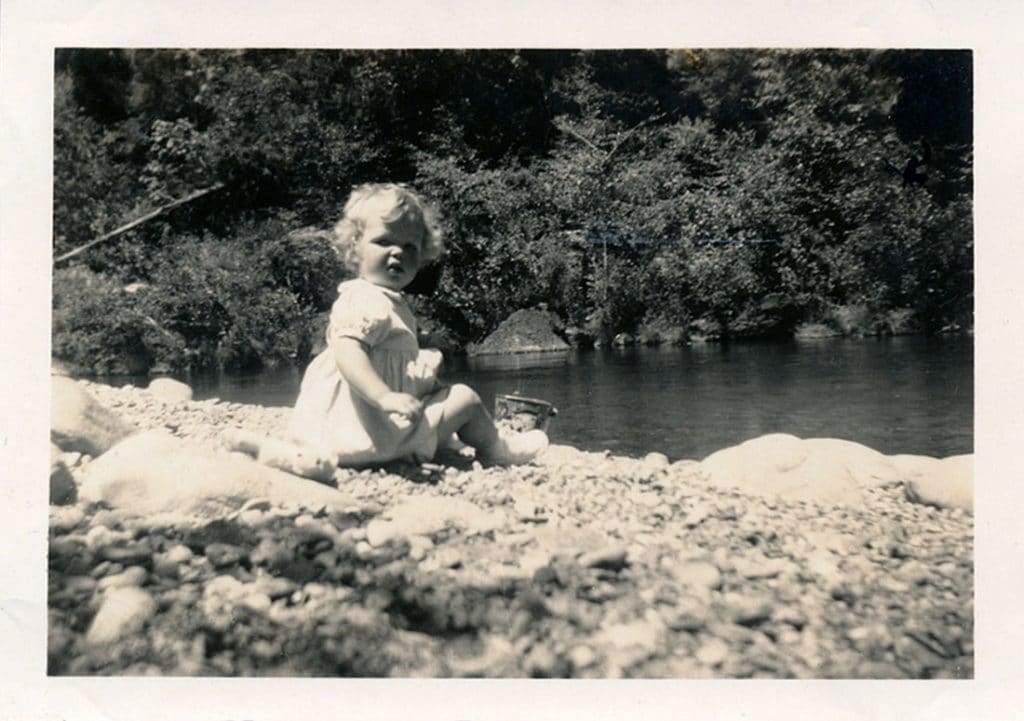 Why write poetry for children about nature?

This is a question I’ve often been asked. So…I’ve pondered. Looking back, I realize that my desire for connecting children with nature has infused my curiosity my whole life.

As a tiny one-and-a-half-year-old, I sat on the rocky shores of the Klamath River in Northern California’s redwood groves. In my toddler-sized pail swam a tiny salmon. As my curious eyes followed its continuously circular route, I was mesmerized. Who would have thought that just twelve years later, I’d be fishing at the mouth of this river and hook the largest salmon caught that season in the area!

Both events were enthralling, an irresistible reward that further beckoned me to explore and learn about the natural world.

I grew up in San Francisco, where my backyard was a sandy city lot with some greenery, a small square zone often invaded by foggy seasons. It was a place of both comfort and exploration. I made daisy chains to wear, watched an ant colony’s busy works, built a swing, and attempted to dig to China! (I don’t know why exactly I was intent on digging to China—but it could have come from visits to the city’s nearby legendary Chinatown to shop, try new foods, and participate in cultural experiences.)

As an only child, I had many friends, but I was also gifted many frequent, quiet experiences in my cherished backyard, which teased my desire for learning and wonder. Sometimes my cat joined in my adventures. We purred together.

San Francisco, which is fronted by the powerful Pacific Ocean on one side but cocooned by a vast bay on the other, has a unique hilly topography and a distinctive Mediterranean climate. Because of this, nature intersects with the lives of the city’s inhabitants every day in a thousand ways and rituals.

Growing up in this urban environment, I learned about its diverse peoples, structures, animals, plants, and weather. Significant experiences and I met headlong as I walked, biked, and bused around the town’s many parks, beaches, neighborhoods, and vistas. (We didn’t have a car, so maybe that brought a gift of slow pacing for me.)

As I grew up into a young woman, I spent time in the mountains hiking and cross-country and downhill skiing. Wandering, exploring, and even just sitting still in the beauty of these pristine, truly wild landscapes fed my soul toward inspiration and calm.

During my adult years, I had a home near a fluctuating creek in the Bay Area city of Palo Alto. This brought nature right to my doorstep in all her power, variety, and beauty throughout the seasons. In our hot, dry summers that often brought drought conditions, the water in this creek barely amounted to a tiny trickle.

But, as the California rains resumed in the fall, its water levels rose precipitously, and by winter it swelled to unbelievably huge, thriving flows that spanned tens of feet across. By the time the spring rains started to ease, the creek was calming down again.

Later, when our young daughters started finding crawdads and tiny fish in this creek, I was elated. It was happening all over again—significant childhood connections with nature were developing!

Over the course of my career as a psychologist, I would sometimes offer psychotherapy to my clients by taking them on walks through parks and trails. My awareness grew yet again of the healing potential of the natural world—through its skies, the air we breathe, and earth’s profound, enveloping environment.

Later, I was surprised to learn further of the positive effects of movement on our brains and emotional centers toward resolving challenges on our life’s unfolding pathways. As St. Jerome in the fourth century AD succinctly advised, “To solve a problem, walk around.”

Walking around in nature isn’t a requirement—running and sitting work too. Now, as my five grandchildren gambol on Puget Sound’s shorelines, I appreciate their awesome discoveries. We watch a seagull swiftly plucking a crab in its beak and flying high to let it go. The hapless shellfish falls down, down, down to the rocky shore, cracking open as the bird swoops down to claim its quick dinner. The grandkids freeze in wonder and astonishment as they witness this feast.

At the beach, my grandkids excitedly turn over rock upon rock to discover what might be there—tufts of seaweed, barnacles, or miniscule baby crabs skittering and scuttling away—a few, or dozens, or none at all nestling amongst these fertile waters and shores. Each rock is pregnant with the possibility of life and the surprises lurking beneath. Delighted shrieks and squeals of excitement fill the air, punctuated by quiet solemnity as a child pauses to closely examine the colors of the sand or a creature’s unexpected frailty.

It matters not so much what the weather is doing because when nature is “calling inquiry” to a child, its power leads in enthusiastic ways that don’t include temperature! Watching my grandchildren along the brisk, gray Salish Sea reminds me of my own days on chilly San Francisco’s Pacific shores and waves—it was very cold but somehow it just wasn’t significant.

These moments sometimes feel increasingly scarce in our insular, digital-screen–filled modern lives. If we just stand back, slow down, and take in physical, external nature, our children’s curiosity will bloom ever further as they move into “their world experience,” which is so different but just as important from “our world experience.” Nature teaches us respect, awe, observation, fun, and appreciation. These life lessons and experiences must truly be honored and supported.

The Japanese practice of Shinrin-yoku (“forest bathing”) involves taking a walk in the forest. It is credited with many health benefits, such as improving mood and vigor, reducing stress, boosting immune systems, and lowering blood pressure and pulse rates. A growing number of adult groups are gathering in nature to escape technology’s noise, and many schools now recognize the improvement of learning skills where nature is tucked into the day’s curriculum.

Benefits of Connecting Children with Nature

Connecting children with nature is not just good for health—it’s vital for our very survival as a species. Any hope of mitigating the rapid changes in our environment caused by pollution, rising temperatures, ever-bigger weather events, habitat destruction, and massive species extinctions lies only with us and our children—and our motivation to do something about it.

We can’t care about our world unless we know something about it, and we can’t know our community unless we meet others who live in it. And that includes not just the humans.

In future blog posts, I’ll write more about the ways to connect children with nature. It’s often more straightforward than you think, but the rewards really do last a lifetime.

We'd love to hear your thoughts! Share your comments below ↓

Posted in Children and Nature, Connection with Nature

Please log in again. The login page will open in a new tab. After logging in you can close it and return to this page.

Our books will be available in April 2021. Sign up here to be notified when you can put in your pre-sales order.
As a big thank-you, we’re giving you a sneak peek of the books with this downloadable PDF. And stay tuned for when you can preorder your copy with a 15% discount code.

Your privacy is important and your information will not be shared. No spam. Opt-out any time.

Thank you for signing up!
Keep an eye on your inbox for updates from Nature Speaks To Us. As well, make sure you check your spam folder, just in case. Thanks again, Nancy.

Your privacy is important and your information will not be shared. No spam. Opt-out any time.